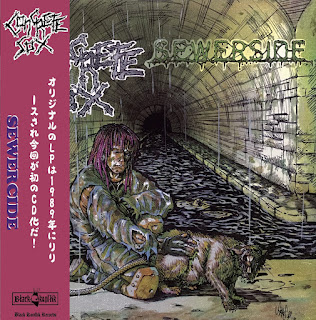 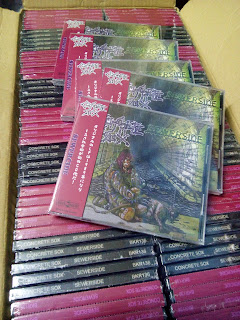 UK hardcore/crust band formed in the early 1980's Concrete Sox third album sewerside now first time on CD version reissue from LP released in 1989. Sewerside continue in the noisy thrash tradition of the previous lps, but this time increasing speed,metallic and raw, even you can feel the influence of early grindcore in some riffs and drum beats.One of the best bands of the late UK 80's scene, next to Heresy, Napalm Death, Electro Hippies, and Ripcord.

Place your order at:
www.blacxkonflik.storenvy.com
Posted by Black Konflik Records at 7:47 PM