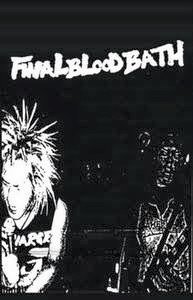 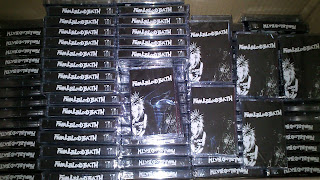 Tokyo strong heavily DISCHARGE's influenced FINALBLOODBATH!!! on pro cassette!. As we known, Final Bloodbath was a Japanese d-beat band with heavy influence from discharge. They released two 7"s before changing their name to Final in 2003 and releasing the Grow Strong/Empty 7" to which follows a more 'Broken Bones' sound and the band is already break up and not active anymore until today. This cassette released include their two past EP which is s/t and Dead or Alive which is all 9 tracks in one tapes! also in addition arare band live photo taken by Kenpal ( Paank Levyt). This is another different Japanese punk DISCHARGE's band influenced that come's with very brutal and angry style on vocal side!. This cassette released under licensed by Paank Levyt Records and Crust War Records (Japan) 2016.